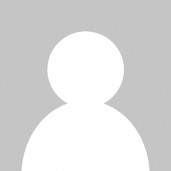 Arriving in Denver and Going to Rocky Mountains

Arriving late the day before we spent our first day shopping the last items for the first part of our camping trip in Rocky Mountains and Yellowstone. Having been forcefully upgraded to a HUGE Nissan Amada we did not have

To say that we had been nervous about the boat-trip from Gili to Lembongan would be a huge understatement. Friends of ours, traveling 2 weeks before, had disembarked on the way (at Padang Bai) because they found it too

When we were finally able to leave Ubud early in the morning on July 29th, we were transported to Padang Bai to take the Bluewater express boat to Gili Air. The weather forecast said no wind, but that turned out

Ubud adventures – Rafting, waterfalls, woodcarving and Monkey Forrest (and a round of food poisoning)

Arriving in Denpasar Bali the first thing we noticed was the humidity. It might not be much warmer than Australia but it sure felt like it. We were picked up in the airport by Nicktours and driven to our hotel

The day after snorkeling at Great Barrier Reef we went to Fitzroy Island to relax on the beach, snorkel and explore. Naively we thought we could just show up at the pier and buy a ticket, but unfortunately the 9

After having changed the date for our pre-booked Great Barrier Reef day tour for the second time because of unpredictable weather, we finally went. It was quite windy, around 10 ms and waves of 1,5 meters, and the boys

In the Tablelands we came across several posters for the Mareeba Rodeo. Going to local events has given us some of our best travel memories and this time it only took small change of plans to make it fit. Arriving

Checking the weather forecast for the 100th time it finally indicated abundant sunshine in the days ahead. Therefore we decided to go to Mission Beach as they have almost crocodile free beaches and Dunk Island (where you can go snorkeling)

After Noah’s birthday, we decided it was time for some more adventurous stuff again. So we drove to the Atherton Tablelands – a huge and beautiful area in the mountains near Cairns. There are a lot of hairpin turns on

After our trip to Cape Tribulation we headed south for a few relaxing days at a 5 star caravan park and celebrating Noah’s 7th birthday. Close to the park was the Sugarland Waterpark. Not particularly big but with enough slides