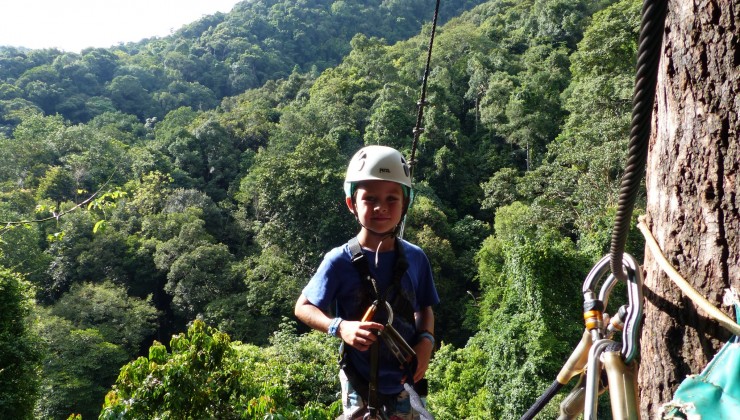 The streets of Chiang Mai are packed with advertisement for various Zip Lining companies. There are at least 5-7 different ones and it is really hard to tell the difference. 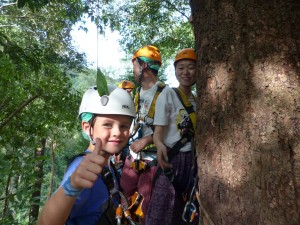 Noah and Jesper really wanted to go but we also needed to take Noah’s age into consideration and find one that would be fun and challenging but not more than he can handle. After asking around it quickly became clear that “Flight of the Gibbon” is probably the most fun but also the most challenging one. Noah is quite brave and adventurous for a 5 year old so we went back and forth but eventually decided on the one called “Dragon Flight” offering many and long fast rides, but without too much challenging climbing.

After a drive of more than an hour (where Noah unfortunately got sick from driving on the narrow roads and threw up a few times) we had a great 2,5 hours in the treetops of Chiang Mai. It is not often a 5 year old does this so he quickly became the favourite “pet” of the group and must appear on countless holiday photos as well as the ones the photographer from Dragon flight took. 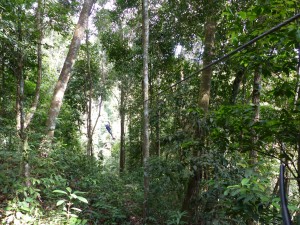 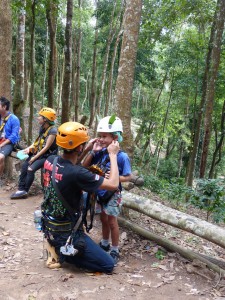 Some of the longer lines required more speed that Noah’s weight would allow and in those cases a guide attached himself to Noah and did it with him (Noah hadn’t noticed and was quite surprised when I told him afterwards). 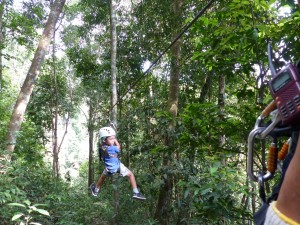 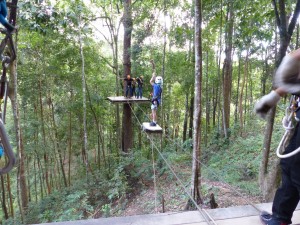 All in all it was a great experience and the conclusion was that you could easily do that with a 5 year old. According to Noah it should have been even wilder. You do however need a five year old that is not afraid of heights (some times you find yourself on platforms 40 meters up in the air) or speed (you are going really fast!). That being said it is not dangerous at all and you are attached to a steel wire at all times. If we come back another time we will try “Flight of the Gibbon” for sure. 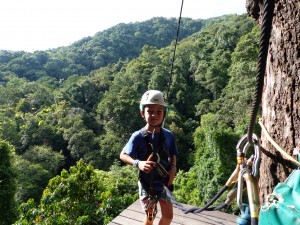 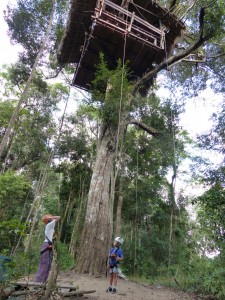 Zip lining in Chiang Mai is quite expensive. Dragon flight was 1.900 THB per person and we only found one shop that would give us a small discount (ended up paying 3.400 for the two of us). Listed prices for other Zip Lines are as high as 3.600 per person but most can be negotiated around 2.000 for the full tour (some companies offer a reduced version as low as a list price of 1.200 THB). It is actually worth considering a short version since we almost ended up thinking we had had enough with the 50 or so lines that are included in Dragon Flight.

Zip lining was also a great chance to test the GoPro camera and we ended up taking a lot of pictures and videos. They will follow as soon as we get them uploaded.